Skinny TS4112 Breakout Board with 100mil center pins for breadboarding

Connect the system ground signal to the GND pin and 3.3V to the VCC pin.

The TS4112 powers up in Envelope-only mode.

The Envelope (E) pin is active low. When the photodiode of the TS4112 is exposed to modulated near-infrared light, the E output will be driven low. In the absence modulated light, the E pin is driven high.

The TS4112 responds to NIR light modulated in the 1 to 10MHz range.

To test the TS4112 with a IR LED, select an LED with a light wavelength in the 800nm to 900nm range. Then drive the IR LED through the appropriate current setting resistor with a square wave. The frequency of the square wave should be in the range of 1-10MHz. Anytime the TS4112 photodiode is exposed to this modulated IR light, the Envelope output will be asserted Low. 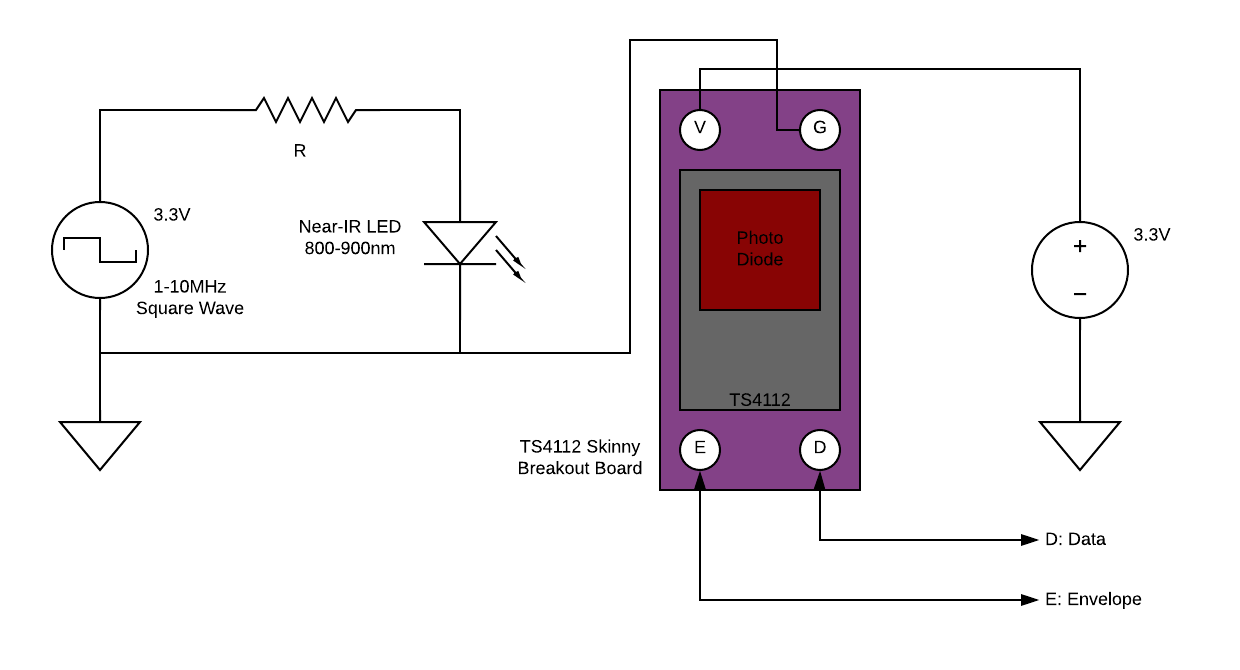 Note: After power up and before configuration, the TS4112 is in Envelope only mode so only the E output will assert low when exposed to modulated IR light. The D output will remain low until the TS4112 is configured.

Triad will be providing a configuration library for the TS4112 in the near future.